It seems like lots of these excerpts from dialogues and constructed meanings are needed to give you a more detailed picture about me. Here’s a quick one on relationship conflict, fighting and arguing. 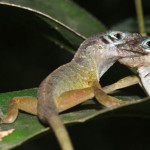 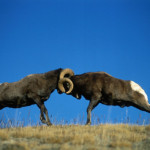 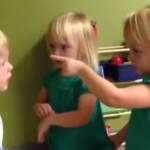 So a client says that arguing/fighting with their partner(s) is one of their main complaints, as something about their life that they hate and fear. Despite their practicing the painful, threatening experience many times, they are only getting better at hurting each other. They have little if nothing else good to show for all the mayhem.

The fight experience blurs their perceptions of the underlying power & control struggle. If they could hold that frame for a while, they could begin to see how they construct such misery. But it doesn’t take too much of this for people in this mode to stop wanting each other. The relationship starts to feel too cold and alone, too often. Their levels of differentiation, individually and relationally, are all about the vulnerability of a power & control struggle. It’s trouble.

By the time I see this painful mess, there’s often a mutual deprivation scheme in place, where partners are denying each other access to their sexuality, which agonizes their ability to grow out of the problem.

Agreement To Fight (a combative alliance)

It’s one way to say that there is a very big agreement in place, when people are thinking that there are few to none. And the parties are doing a good job with it, keeping the same dynamics going as if they had agreed to them, which they have. Which dynamics? That’s where the work begins.

Shift Out Of Fighting Mode

Not reduction of conflict, per se. But a definite reduction of emotionally striking out in frustration. Understanding deeply that emotional harm will delay things further. Getting into agreement mode.

Not Making The Other ‘Wrong’

A big deal in personal development – the creation of a safe enough ‘relationship morality’ solely defined & carried out by the partners, and not subject to anyone else’s approval or veto. Non-moralizing in the traditional sense. Non-competitive. More truly relational.

“What You Did To Me –> What This Says About Us”

This is another big shift. From mano a mano to hand-in-hand, knowing ‘this is so true about us’. This is aided by the ‘relationship morality’ element, and is a general exercise in  relational skills. This can be what David Schnarch has called “trading pain for growth.”

“Competing To Be The Most Injured Party”

This is akin to the downward spiral of conflict model. But it’s rooted in a competitive level of relationship conflict development. It’s a mutual protest of vulnerability (with no increase in emotional safety). It’s also rooted in parent-child models of blaming & shaming. It has to be worked through – these are developmental steps about overall maturity.

Is There Even 5% Of What Your Partner Said That You Can Agree With?

A widely used therapy tool. Try it. And try to show some real respect for the other position.

What I blog about might be those constructs that seem to help people at certain points in their development and therapy. These excerpts sometimes come up during therapy appointments, though condensed for blogging purposes. They aren’t points of view that anyone has to endorse or subscribe to.

They flow from my work, a developed range of human interaction and mind-mapping. I might be able to make ‘news of a difference’,  so that another view, another choice or option, can be created by my client. And seen in the perspective of their own personal development.