Why Desire Is Fragile

Sexual desire, arousal and lust are powerful and alluring, so why is desire fragile? Whether one believes one’s life to be erotically blessed and indulged, or deprived and wounded, it’s hard not to see that desire (and arousal) is still one of the most robust ways to feel ‘alive’ – or ‘dead.’ Also the most fragile, vulnerable, perilous… easily thrown “off course.” 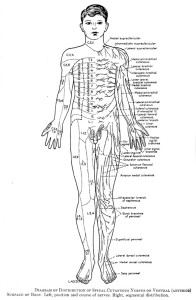 What makes desire and arousal so difficult is often unrelated to physical or medical causes. While we should investigate the medical side, it sometimes means we are delaying a deeper, uncomfortable intimacy with ourselves and partner(s).

So it isn’t that doctors shouldn’t touch this issue. But they should generally refer to a mental health professional trained in this area of human experience and mental health. Only in isolated cases is desire or arousal, in all of its complexities, improved by medications.

This simple idea – the fragility of desire – is not so novel. Some act as though this part of relationship can be deferred and subordinated to other ‘necessities’. Others will say it’s not that relevant to the outcome of a marriage.  Until you consider that many, many relationships – full of successful attachments of all kinds (marriage, careers, children, property,  in-laws, etc.) – struggle to maintain desire, arousal and real wanting, and fail for those reasons.

Desire Has It Tough

The day-to-day environment for desire is very adverse. Many of everyday life’s relentless, necessities, and the ways that our primary relationship(s) are run by them, have a negative effect on desire. It’s not only about conflict over priorities.  Desire and arousal are not great “competitors.” against the endless maintaining & developing of work/career, health, money, in-laws & extended family, property and parenting. Many relationships experience a meltdown when desire and work cross paths; the workplace affair is very destabilizing.

A relationship is often caught up in the accomodating teamwork that modern life can demand. Predictability, agreeability, accountability and equality are the standards that daily life is held to; as few surprises as possible. An ‘adequate’ sex life, employing an agreed-on (even silently) scripted sexual routine, functional, somewhat mutual & generous, may already exist. It’s a collaborative and serviceable arrangement, until it isn’t.

Desire-Arousal-Intimacy Can Be Threatening & Subversive

People so often develop relationships that are bound and obligated, but where they have little to no desire for one another. Desire, and increasing intimacy, actually threaten to subvert or re-organize the attachment they have built. The relationship may be quite rich, ‘successful’ and warm – but rarely if ever “hot.”

The ability to self-validate one’s own sexual character or nature requires both personal and relational differentiation. It takes the courage to be seen in ways that might be very vulnerable and anxiety-provoking (often due to fear of rejection), even in a long-term relationship. You cannot easily soothe a partner who thinks you are erotically threatening or sexually dangerous.

Kicking The Can Down The Road

One common (anxiety-deferring) wisdom says, “desire is tricky,  you’ll feel it again someday – whenever” — or some similar post-mortem. Desire declines are therefore “not a big deal”.

Yet the loss of desire is a main reason for marriages and relationships to end (often faster than people can find the maturity they need to carry on.) There’s talk of “incompatibility”, “lack of chemistry” and “love, but not in love”.

Therapy may be used in a hurry-up effort to repair desire, but that kind of personal development doesn’t play well with deadlines or being rushed.

Warm Is ‘Helpful-Not-Sufficient’ for Hot 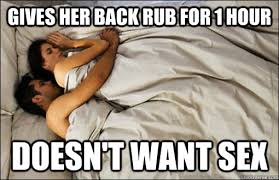 Warm attachment sets the table for “hot”, but that’s all. Then the partners must find the separateness to sit down, order what they want, and openly, consensually-selfishly enjoy it.

It takes at least one person in the relationship(s) who’s dedicated to having a sexual self – as a matter of life (and ‘death’).  And the decency to give one’s partner(s) room and flexibility to continuously develop an erotic/sexual self too. (I always liked Marty Klein‘s simple analogy of being a “good citizen in the relationship“.)

In my thinking, keeping desire alive and kicking in committed relationships is the greatest of all personal/relational achievements – one of the rare successes in life that no one else need know. Yet nearly everyone does know when they see a relationship that still has it long after the period of early infatuation ends. Maintaining desire is defined here as always developing it.

The Safety Of Desire & Arousal

Desire is fluid. Like water on the roof, it will go wherever it can. But it thrives on a certain kind of safety. Small wonder so much human desire exists in private mental life. That’s where the real safety lies, in the inner world privacy where this part of a person can emerge and find expression.

Michael Bader brings the idea of sexual expression as a milestone of personal development, setting the stage for helping a person cope with a core, and likely well-hidden worry. I think of it as undifferentiated anxiety from family and social relationships.

Carve Out The Time

….an abrupt ending to be sure, but to be continued…