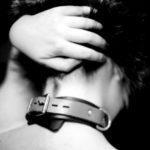 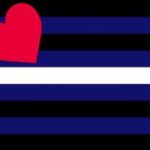 What does it mean?

But what does kink actually mean? You’ll find an endless array of definitions online.  I suggest that it’s the constant effort of people to create ways of expressing themselves, using eroticism & sexuality. And, to add new meanings, both personally and socially.  Kink surfaces frequently in my work with both couples and individuals, due in part to how I integrate sexuality into my assessments.

Some have defined kink as “non-normative” sexuality; more commonly, it is described as “deviant” or a “fetish.”  If you look at dictionary definitions of “fetish”, you can’t miss the derogatory and pathological slant. Lo and behold, Merriam Webster offers an exception, a perfectly good definition of kink: “a clever unusual way of doing something.”

I believe the public’s true involvement with kink is very high, but how it’s expressed is often hidden and private. Many couples’ first exposure to kink is through their different responses to pornography. Pornography is most often used passively (and not interactively or mutually). It reinforces the user’s sexual relationship with themselves, providing an initial (though not definitive) sampling of the individual’s sexual self.

But this is not about pornography. I bring it up because its widespread use – and early research on the subject –  indicates that the public’s actual awareness of kink also is nearly universal and significant – not some tiny minority phenomenon.

Clients and therapists learn together

I have to acknowledge the contribution of Esther Perel‘s published views on kink and relationships, given that she appeals to a largely vanilla readership. It’s not just that she develops personal and relational meanings of kink. It’s her eloquent dignity and respect with which she treats different forms of sexuality, and how that approach helps clients and therapists work together.

“Kink aware”, in the best sense of the phrase, refers to every client’s right of self-determination, which is a core value of clinical social work (see Paragraph 1 of the Preamble.) I am a supporting member of NCSF because they fight against bigotry which violates reproductive decision making, as well as the individual right to free private, personal, non-harmful expression. But “Aware” is a low bar when it comes to clinical mental health treatment. Actual competence in both terminology and relational dynamics across the widest range of possibilities is what I seek.

These words have come to mean that the therapist openly acknowledges a supportive cultural/political advocacy stance to sexual and gender minorities. This is a useful concept. It’s grounded in fundamental respect for the identity of the client, whether assigned or chosen, biological or personally constructed. That shouldn’t be any issue for a good therapist, but it is: gender fluidity is deeply unsettling to white/capitalist/patriarchal dominance. As social change goes, it’s loaded.

Therapists are still human; they have thought – and diagnosed – conventionally and pathologically about gender diversity for a long time.

Yet I work with many clients who describe how their prior therapist felt overwhelmed or unqualified to maintain a helpful or non-judgmental attitude towards their sexuality. Whether or not the therapist engages in similar sexual behaviors in private life, there is a cultural competence comfort that’s required. (A therapist who is not knowledgeable or comfortable around intense or fetishistic sexuality, or alternative relational structures, can make a referral to a kink friendly/aware/competent therapist who is.)

Kink is NOT ‘the problem’

In my professional experience, consensual kink does not typically create problems. The problems in which kink may be involved are more closely related to integrity: a lack of true consensuality, covert behavior that replaces the difficult parts of intimacy, failures to secure truly informed consent (stealing others’ choices); grosser failures of judgment; lack of mutuality; or, simply:  people not meaning each other well. That’s where the problems exist; the same flaws in relationships that are sexually more conventional (or “vanilla“).

Unfortunately, clients’ interest and practice in the sexual diversity known as “kink” is often responded to with stigma, shame or moralistic judgment from mental health professionals — in the clinical setting(!)  The DSM‘s sexual disorder diagnoses have long been socially and morally value-laden, judgmental and naive about human sexual diversity, most famously in its badly delayed understanding of homosexuality. Clients have had good reason to suspect mental health professionals as carriers of sexual stigma and shame.

We can clearly detect shame and stigma in our generally sex-negative culture. Shame and stigma stifle self development, and that leads to problems around self-disclosure and intimacy. What interests people erotically (what attracts and excites), sexually (what they do with that attraction/excitement) and relationally (who they do it with and what they agree on beforehand) is slowly emerging from the shadows. Much of this change has been brought about by the LGBTQIA community.

At press time, I am cautiously hopeful that the DSM-V, due out next year, will go some distance towards erasing this unprofessional narrow-mindedness.(UPDATE: “Kink’ has been ‘officially’ de-stigmatized in DSM-5. Diagnosis should only occur when the behaviors are unwanted or coerced. The system is normatively better, if still quite vulnerable to professional misuse/abuse.)

Therapist level of self development

A client living a 24/7 kinky lifestyle, or one who seeks greater success in polyamory, should not have to suffer an emotional or negative response from the therapist. To be helpful and capable, a therapist must bring more than an understanding of different sexual practices. The key element is the development of the therapist’s self – a complex matter. Classic theory about therapists is that they should be reasonably healed and self-aware, and able to distinguish acts from actors (we have been clients ourselves, and have done hurtful & harmful things to others)